skip to main | skip to sidebar

BNP: British Ex-Pats still have an important role to play

Most of us know people who have left the UK to get away from the mess that New Labour, and the Tories before them, have left this country in.
Even though they are now not directly part of our struggle to win back our country, they can still help us by voting for the British National Party in May. If they left Britain less than 15 years ago they are still entitled to vote and all they have to do is fill in the form at the link below and post it off.
Every single vote matters in the London and local council elections this year and the Euro Election in June 2009, and a boost from those extra ex-Pats votes could be vital for the BNP.

BNP: Ex-Pats still have an important role to play
Posted by News Team at 3:42 AM

RENOWNED scientist and author Tim Flannery has fired a broadside at the State Government's push to attract more migrants to South Australia.

And he said the water crisis made any government's policy of increasing population unsustainable.

He questioned why the Government was bringing professional migrants to the state instead of training SA's unemployed to fill skilled-job vacancies.

"Why is it you would want to bring in more people when there are chronic unemployment problems in parts of Adelaide which must be addressed – (especially) in the northern suburbs towards Elizabeth?" said Prof Flannery, the 2007 Australian of the Year and former SA Museum director.

"In my view there should be more emphasis on helping those who are already there in the state than just bringing more people in."

Prof Flannery, who is principal research scientist at the Australian Museum in Sydney, said the policy of "aggressive population recruitment" had already been tried and failed.

He said the pockets of chronic unemployment – sometimes stretching across three generations – were created by bringing in people to fill jobs in a manufacturing industry which had proved unsustainable, as shown by the closure of the Mitsubishi car plant this month.

"I think South Australians should ask themselves whether that (migration policy) is the right model for the future," he said.

A report this week in Britain's highly respected medical publication The Lancet declares the poaching of health workers, particularly from sub-Saharan Africa, as a “crime”.

It lists rich western countries, including Australia, Britain, the US and Canada, as leading the charge in the recruitment of medical graduates from Africa, leaving medicos on the continent swamped with impossible caseloads.

In an editorial extract on its website, The Lancet said “richer countries can no longer be allowed to exploit and plunder the future of resource poor nations”.

Australian Medical Association of Queensland (AMAQ) president Ross Cartmill said he and many of his colleagues were growing increasingly concerned by the high levels of overseas-trained doctors in local hospitals.

Announcement: Issue 3 of Destiny has been released 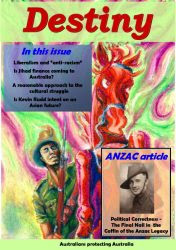 * Political Correctness - The final nail in the coffin of the Anzac legacy
* House prices skyrocketing due to immigration
* Liberalism and “anti-racism”: How “anti-racist” rhetoric exposes its anti-Western bias
* Jihad finance coming to Australia: The scam of Islamic banking
* A reasonable approach to the cultural struggle
* Protectionists gear up for support
* Is Kevin Rudd intent on an Asian future?
* John Howard the false nationalist


Issues 2 and 3 sold out quickly so be sure to get you copy ASAP.

Click here for more information.
Posted by News Team at 4:17 AM

Twelve Islamist terror suspects, led by one self proclaimed sheik Abdul Nacer Benbrika, are facing trial at the Victorian Supreme Court over alleged plans to conduct a violent jihad here in Australia. Members accused of being part of the terror cell are reported to have obtained material explaining how to make explosives, discussed the impact of a terrorist attack and one spoke of killing former Australian Prime Minister John Howard. All of the accused group have pleaded not guilty to a variety of charges, including being members of a terrorist organisation.

It has been reported that the group leader Benbrika told one of his fellow accused named Merhi that Muslims were allowed to pay back kuffur (infidels) for wrongs they commit against Islam. Benbrika is said to have told Merhi to have trust in Allah, to act as part of a group, not just killing “one, two or three” kuffur, but rather “do a big thing”. When Merhi questioned if by big thing he meant “like Spain?” (in reference to the 2004 Madrid terrorist attack that killed 191 people and injured more than 1800) Benbrika is reported to have replied “That's it.”

The trial continues.
Posted by News Team at 4:34 AM
Home
Subscribe to: Posts (Atom) 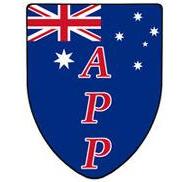 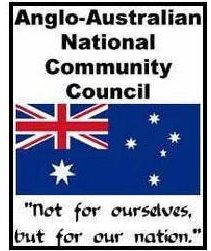